In the final part of our Mallorca road trip, we will introduce you to another corner of this beautiful island. At the end of the article, you will find our vacation budget.

From Cala Pi to the capital city Palma de Mallorca

In the morning in Cala Pi, we went for breakfast. We both had English Breakfast + coffee. After a hearty breakfast we walked around the bay and decided that it was nice to look at, but not much for swimming. The sandy beach is closed on both sides by rocks. Around 9 am the rocks cast shadows on a larger piece of beach and the sea. I would say that the sun’s rays hit the sea and the rest of the beach around noon.

Since we like the sun, so we did not bath in this water and we drove to the city s´Arenal. The beach is large with a very gentle entry into the sea. All in all, there were many young people on the beach, it was full of energy. Some played soccer or beach volleyball, others were entertaining in groups or just sunbathing. After a short discussion on the beach, we went to the famous Chinese buffet. For 11.5 euros per person, there was a wealth of food. The icing on the cake was a “raw” buffet, where we could get seafood, pork/chicken or skewers, vegetables, etc., which we gave the chef and he prepared a great gourmet experience on the grill.

The next stop was in the city of La Ciutat Jardi, which is actually a suburb of Palma. That day we lay on the beach until the late afternoon on the beach, and then set off on foot to Palma to see the famous La Seu Cathedral. The path is along the sea along a footpath and from the town, it is about 6 km to the cathedral. On the way back to the car, together with hundreds of other people, we were taking pictures of the beautiful red sky above Palm.

After returning, we were searching for a place where we can build our tent. We drove to the village of es Pi-lari, where we set up our tent on the sidewalk at the edge of the village. At ten, we fell asleep. At 3 am, I was awakened by the braking of the car and the blue-red lights. I run quickly out of the tent only in my shorts to confirm my hunch. Yes, they were cops. To shorten it, the tent had to pack up and we could sleep inside the car. On the seat in the car, I remembered how I said when building the tent that it is quiet here and that we could stay here the next day. Well, it didn’t work… At least we recharged both phones overnight.

Before we stretched out the blanket at 10:10 in the morning, it was preceded by a classic morning routine. We went to Lidl, where we refilled drinking water in the toilet, in the pastry, dairy and fruit section we chose breakfast. We also bought some crunch on the beach and swallowed breakfast in front of the supermarket inside the car.

We spent the longest time on the beach that day. Five and a half hours. After a sunbath on the beach, we moved the car about three kilometers closer to the center of Palma. We went to the city center, bought souvenirs in the form of local spices and salt, as the right tourists. In the evening we had a delicious dinner at the port.

The next day Jajda wanted to see Bellver Castle, which is on the left side of Palma and also she wanted to see giant cruise ships and ferries up close. We found refuge on the outskirts of Palma, but when I had a tent built, somehow instinctively I went a little further around. I found some dwelling for the homeless that I had not noticed at first … Sleeping on a beautiful glade was out of the question. We got back to the car. I built only a skeleton tent without a tropic beside the car on the sidewalk, and Jajda wanted to sleep in the car. The night went well, no one bothered us or fired us.

In the morning we just moved a little closer to Bellver Castle. We stood at an unpaid spot near the mall, where we later refilled water. We walked around the castle and then went to the harbor.

Unfortunately, it is all surrounded by a large fence, but even so, it was an experience to see such large ships. Another smaller port was accessible and we saw a mix of small ships up to private luxury yachts and sailboats. We had breakfast with coffee and croissant, walked back to the car and arrived at the beach by noon. We are already from the place where we rented a car.

By the late afternoon, we packed everything in a backpack and bags. We went around a few gas stations before we found a vacuum cleaner. For two euros, we gave the car a 6-minute therapy from sand, salt and other mess inside the car, and we gave one more euro per a nice two-and-a-half-minute bath for the car.

At half-past four in the evening, we returned the car and agreed to take us to the airport. At the airport, we wanted to pass through the transit area, but unfortunately, the gates are set so that the gate did not let us into the transit area. We can go through supposedly three hours before departure.

So we slept at one end of the airport, we had an alarm clock at six in the morning and at 6:45 we were already standing at the entrance of the VIP lounge. But the entrance is 4 hours before departure. A good receptionist let us into the VIP lounge, but we couldn’t have had anything for ten minutes until 6:55, exactly four hours before departure before the system let him go.

Normally there is an entry of 33 euros per person and I will not even calculate how much it is for both of them in Czech crowns. Fortunately, our entries are free of charge thanks to our bank, which gave us it as a benefit for an account. However, it is quite miserable compared to the Prague lounge or to London or Turkey. As Jajda aptly said, it’s a pretty overpriced waiting room.

During the morning there is a pastry, some sweet pastry, coffee, tea, fruit, yogurt … Three empty hot food containers. Of course, unlimited consumption of alcohol and soft drinks or beer … But who would drink at 9 am? For 33 euros it is guaranteed to do more anywhere else in the airport restaurant…

We took some salad and fruit with us and at 10:30 waited for the “last call” to get to the plane quickly… Our luggage exceeded the allowed size and weight as usual…

However, if there were any problems, we had two plans in place:

Fortunately, nobody told us anything, so we walked into the aircraft and sat together…

We never bought the opportunity to sit side by side. Travel around Europe takes about 2 – 4 hours, so it is not necessary. We always go to the aircraft as the last one. Once we get into the plane, most of the passengers are sitting and we seeing where is the free place for us.

We flew together about 30 times and how often we’re not sitting together, can be counted on the fingers of one hand.

In the area Cala Pi:

More sights or activities can be found here.

Summary:
(14 days, two people)
Car rental: 310 euro
3 x refueling: 40 EUR, 14 EUR, 7 EUR
Car cleaning: 3 euro (2 euro for 6 minutes broadcast, 1 euro for two and a half minutes showering)
Mileage 651 km
Total Spend:
310 euro (car)
407,92 euro (food bought in Mallorca, gasoline, tickets, tickets, gifts)
We brought with us a travel cooker to Mallorca and we prepared instant soups, which we brought ourselves. To save the time I recommend to take with you an extra bowl or plate.

Are you planning a trip to Mallorca? Did our article help you? Please write to us.

Our most frequent visitors 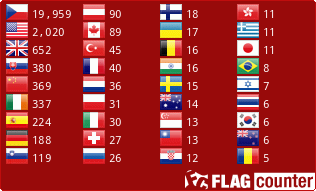 „Assist individuals or organizations, significantly increase their production potential and support them in achieving meaningful and useful goals.“